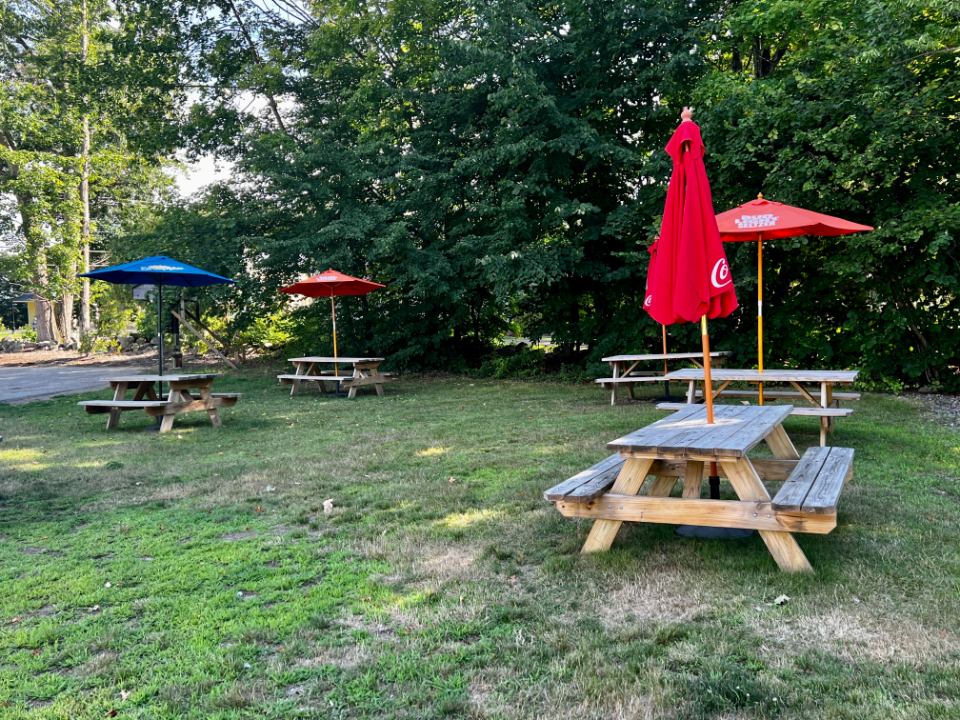 Come in to get a bite to eat and enjoy our picnic area. At The Village Station we’re more than a gas station, we’re a rural rest stop. Have us make you a sandwich, pizza, or even a burger and then enjoy it at one of our picnic tables with your friends, family, or co-workers. 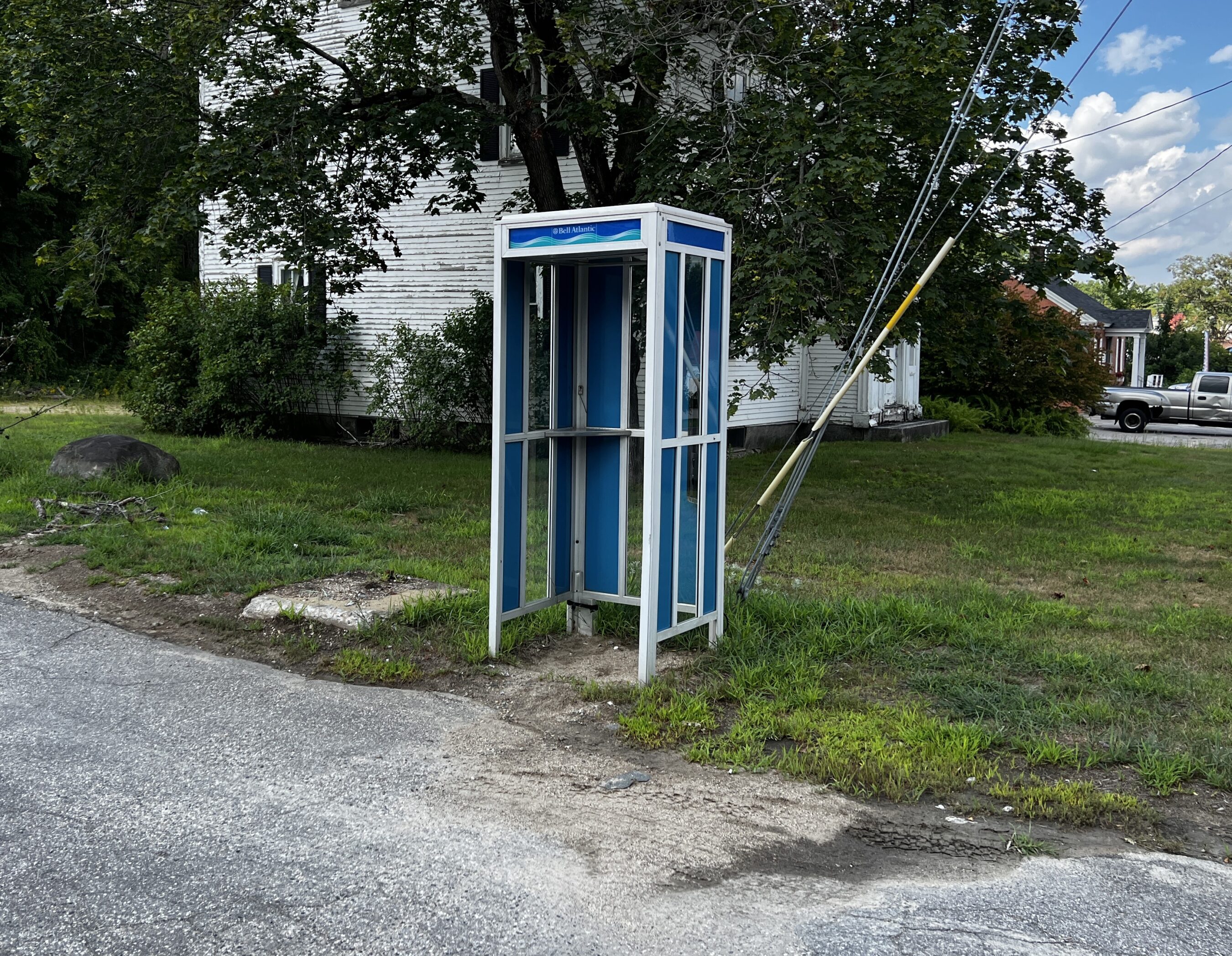 William Gray is credited with inventing the coin payphone in the United States in 1889, and George A. Long was its developer. Today you cannot find a working Payphone due to their lack of popularity caused by the invention of the cellphone and the eventual evolution of the smartphone.

Telephone Booths like this one were made famous by movies like Superman, Bill & Ted films, and Harry Potter and the Order of the Phoenix. It was also a main stay in the Dr. Who Series as well as the 1960’s series Get Smart.

Come and take your picture or record a video with it like comedian Bob Marley recently did on his was to a show in Laconia, NH. 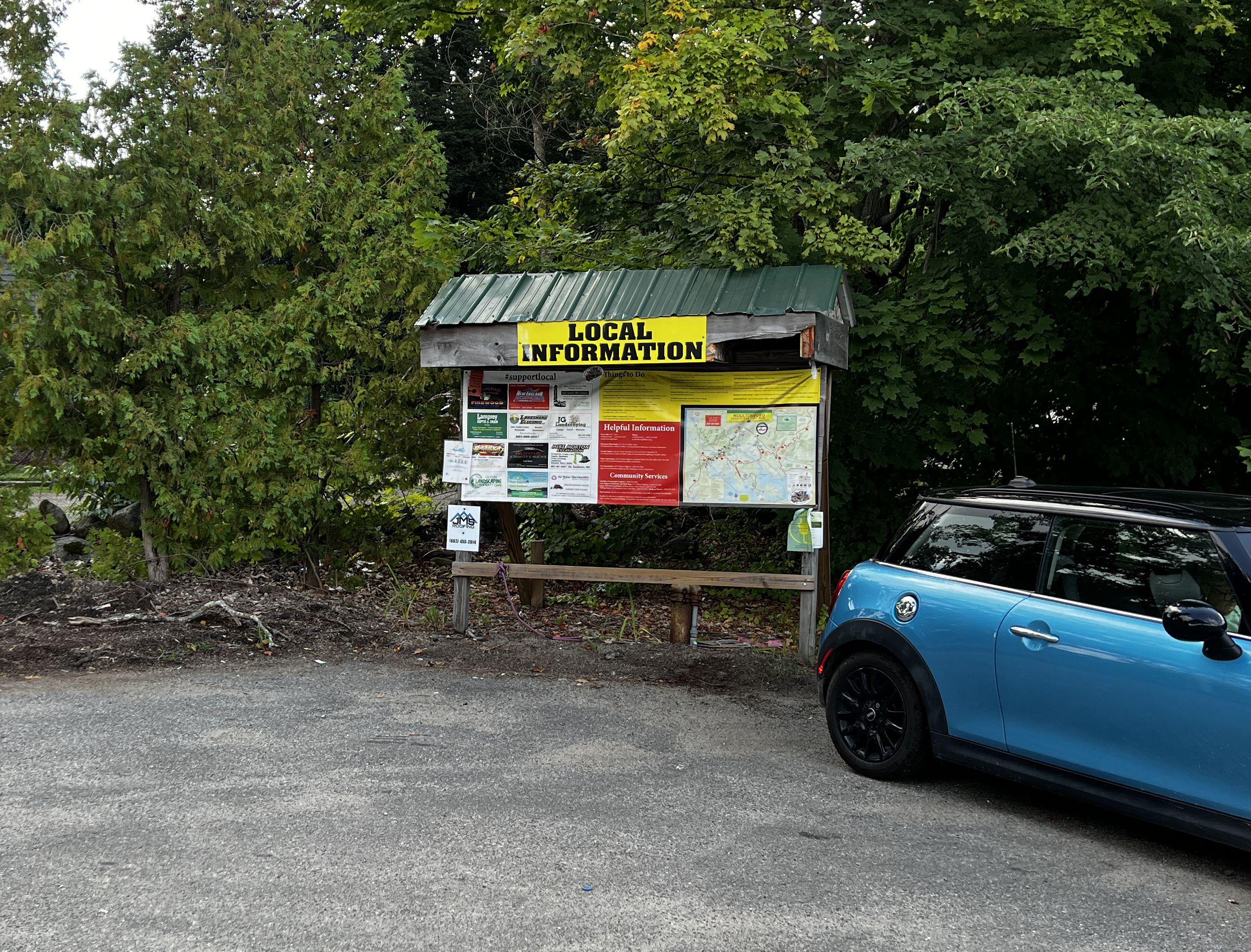 Inspired by the owners time on an Ad hoc Committee for the Town of Moultonborough. The Local Information Board is where anybody can go to learn about local businesses and activities. 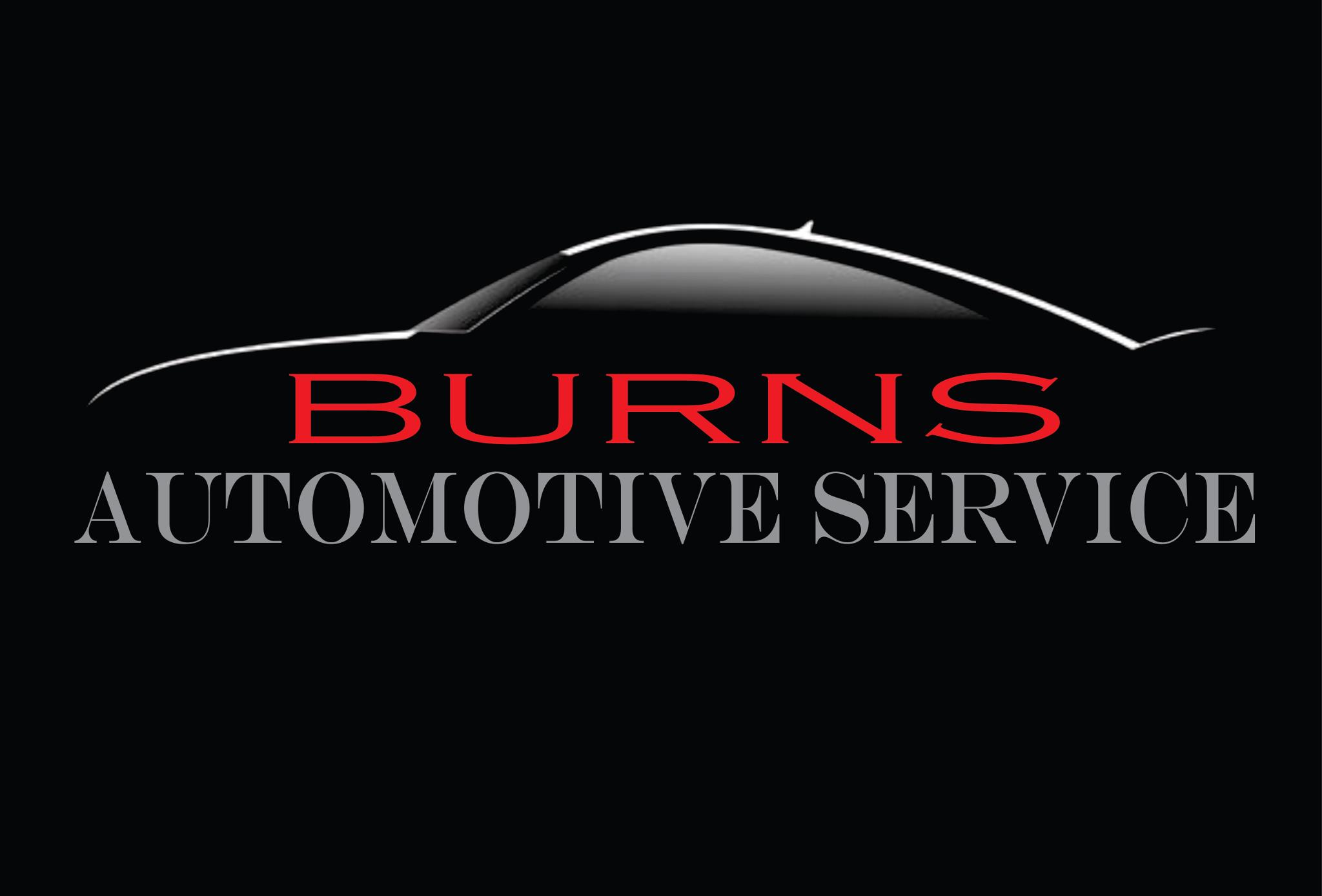 A full service garage right behind the store at The Village Station. They are well known for quality service at a fair price.